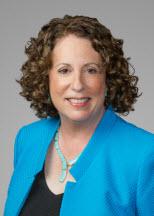 In employment matters, Ms. Kaufman has defended sensitive race, age and gender discrimination, sexual harassment, workplace violence, and workplace safety cases in both the state and federal courts and in administrative agencies, for companies in the pharmaceutical and financial services industries and for colleges and universities. Through a thorough understanding of her clients’ businesses and strategic objectives and creative lawyering, Ms. Kaufman has obtained defense verdicts at trial and after hearings, summary judgment, dismissals at the pleading stage, and prevailed upon opposing counsel and their clients to simply dismiss cases that lack merit.

In the product liability and toxic tort area, Ms. Kaufman has served as national coordinating counsel, national science counsel, New York counsel in mass torts and other pattern litigation and as a member of nationwide “virtual law firms.” In these various roles, Ms. Kaufman has developed innovative strategies and achieved excellent results for her clients, ranging from defense verdicts at trial to summary judgment, to convincing plaintiffs to abandon their cases due to a lack of merit. She has identified and developed top experts in various scientific fields and medical disciplines and turned them into effective testifying experts. As a corollary to her work in this field, she has worked closely with regulatory affairs, mergers, divestitures and acquisitions and marketing personnel, and helped to develop and coordinate media strategy.

Ms. Kaufman is a past President of The National Association of Women Lawyers and was its delegate to the ABA House of Delegates from 2009-2013. She served from 2009-2012 as the Second Circuit Representative to the ABA Standing Committee on the Federal Judiciary. She has served as an officer of and on the Council of the ABA Section of Litigation and chaired numerous committees and events for the Section. Most recently, she co-chaired the Rules Roadshow, a 17-city presentation for judges and lawyers on how to implement the December 2015 amendments to the Federal Rules of Civil Procedure.

Ms. Kaufman serves as outside General Counsel of Legal Momentum, the former NOW Legal Defense and Education Fund. Dedicated to protecting the legal rights of women throughout the United States, Legal Momentum supports women in the workplace and in the courts, those stricken by poverty or victims of domestic violence, and also provides assistance in the areas of education and economic opportunity.

From the start of her legal career, Ms. Kaufman has been active in The New York City Bar Association, one of the nation’s most important bar associations, and serves as co-chair of the In-house/Outside Litigation Counsel Group at the City Bar. She has chaired the Committee on Law Student Perspectives and Committee on State Courts of Superior Jurisdiction and, in that role, participated in judicial candidate reviews, and proposed innovations in litigation practice for New York’s trial level courts. She served on the City Bar’s Executive Committee from 2000-2004 and assumed the helm of the Committee on the Judiciary in 2004 (the first woman to do so), where she supervised the effort of over 60 lawyers in their evaluation of all judicial candidates for primary election, general election, appointment or certification to all state and federal courts within the City of New York, to the United States Court of Appeals and to the U.S. Supreme Court, as well as candidates running for election as District Attorney in each of the five boroughs and those who were nominated as United States Attorney in the Eastern and Southern Districts of New York. She also served on that Association’s Blue Ribbon Task Force on Judicial Selection.

In 2008, Ms. Kaufman was appointed by New York City Mayor Michael Bloomberg to serve on the Mayor’s Advisory Committee of Judicial Nominations and served on that Committee through the end of the Mayor’s term in 2013.

Ms. Kaufman is an elected member of the American Counsel Association and of the Federation of Defense and Corporate Counsel.