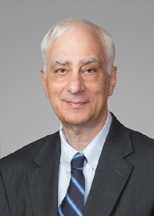 Norman L. Greene has extensive experience in a wide-range of litigation, such as commercial litigation, real estate (including cooperatives and condominiums, discrimination, and zoning), construction, product liability, securities, breach of contract, including government contracting and insurance, unfair competition and professional liability, including professional malpractice. He has handled cases in trial and appellate courts (including the United States Supreme Court), mediation and arbitration, and has engaged in general problem-solving short of litigation.In addition to his litigation practice, Mr. Greene consults on, among other things, government relations and public policy.