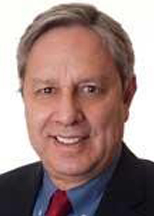 Mr. Bress focuses his practice on labor law. Since 2011, he has served as the chief negotiator for New York State in labor negotiations with public sector unions representing state employees, in two rounds of contract negotiations. In addition, over the last seven years, he has represented several public benefit corporations (including NYS Power Authority and the NY Thruway Authority), as the chief negotiator with their public-sector unions, also participating in the labor negotiations of the Port Authority of New York and New Jersey. For 14 years, Mr. Bress has served as the Vice President for Labor Relations at Amtrak, where he is involved in labor negotiations and administration of labor agreements.  Mr. Bress serves as a Trustee of the District of Columbia Retirement Board, covering police, fire and teachers.

Mr. Bress has spent the last 25 years serving in various New York State positions, including Director of the Governor’s Office of Employee Relations, agent for the Governor for state labor negotiations, and General Counsel previously, the first Executive Director of the then newly established New York State Ethics Commission and as its Chair for 5 years, Member and Chair of the initial New York State Deferred Compensation Board and Associate Counsel for State University of New York.