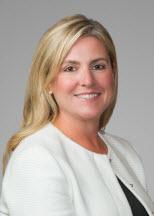 She has been involved in every stage of the litigation process, including document production and preparation, witness preparation, depositions, trial preparation and resolution of cases. She recently obtained a dismissal of a commercial case, with prejudice, on a motion to dismiss, which was affirmed on appeal. She also second-chairing a race and age discrimination case in the U.S. District Court for the Southern District of New York, where the firm obtained a full defense verdict for its client. Her experience in products liability has been both at the national and the local counsel level in coordinating and managing mass torts, and she has handled individual products cases.

Ms. Larizza is fluent in Spanish.